Brecon Motor Club and other local crews have been busy over the last 2 weeks with varying degrees of success. Brecon driver Sara Williams was out and about on the Somerset Stages in here Subaru and finished 16th overall while Yan Griffiths co-drove for Chris Wheeler in his Fiesta and recorded a finish.

Bob Gibbons and Malcolm Rich resumed their B3 battle in the BHRC at the Pirelli Rally in Cumbria and both grabbed a haul of points. The result took a twist on stage one when Rich and co-driver Jon Hawkins slid off the road for 2 minutes. Thereafter it was a game of catch up and despite taking chunks of time from Gibbons and son Dale it was not to be. Gibbons now has the upper hand in the battle with one more score which will make the Severn Valley Stages at the end of May very interesting.

Jason Pritchard was hoping for a good run to boost his championship lead but clutch failure intervened leading to retirement. Look out for Jason on the Manx National next where he is seeded at number 1 and will be looking to notch up another win in the Focus. Jon Hawkins might have something to say about that though as he has now taken the vacant seat in Simon Maugers Tour of Epynt winning Metro.

Jonathon Davies and son Tom were out at MIRA in their Darrian and they certainly didn't disgrace themselves with eleventh overall. The Cathedine duo have been steadily improving and it won't be long before they are heading further up the leaderboard.

Yan Griffiths was also out on the Montberg with Sean bannister in a Citroen C2 and finished 25th.

Thanks for the talk

Brecon Motor Club was educated on the intricacies of modern suspension and damping on Wednesday evening when Simon Rogers of Meteor Motorsport gave a comprehensive presentation on the subject. Our thanks go to Simon for explaining a difficult subject which many club members were very interested in. Denis Cardell was especially interested and fielded a number of questions which were answered to his satisfaction. Thanks go to club chairman David Thomas for introducing Simon and also to Mark Weller for ensuring the technical side was covered and Dave McIntyre for arranging the room. In payment for Simon's efforts I promised a shameless plug for his other business, Caterham Hire Wales, a new venture which gives people the opportunity to hire a Caterham for whatever period of time they would like it. https://www.caterhamhirewales.com/

Brecon Motor Club crew Chris & Gethyn Phillips have been splashing around rural Wales today, Sunday March 29th, on the HRCR organised Taith Cymru. The event is a round of the touring series that the Black Mountains Classic Tour is also a round of and started from Ty Newydd near Penderyn in foul conditions. Below is a small sample of what was out and about. 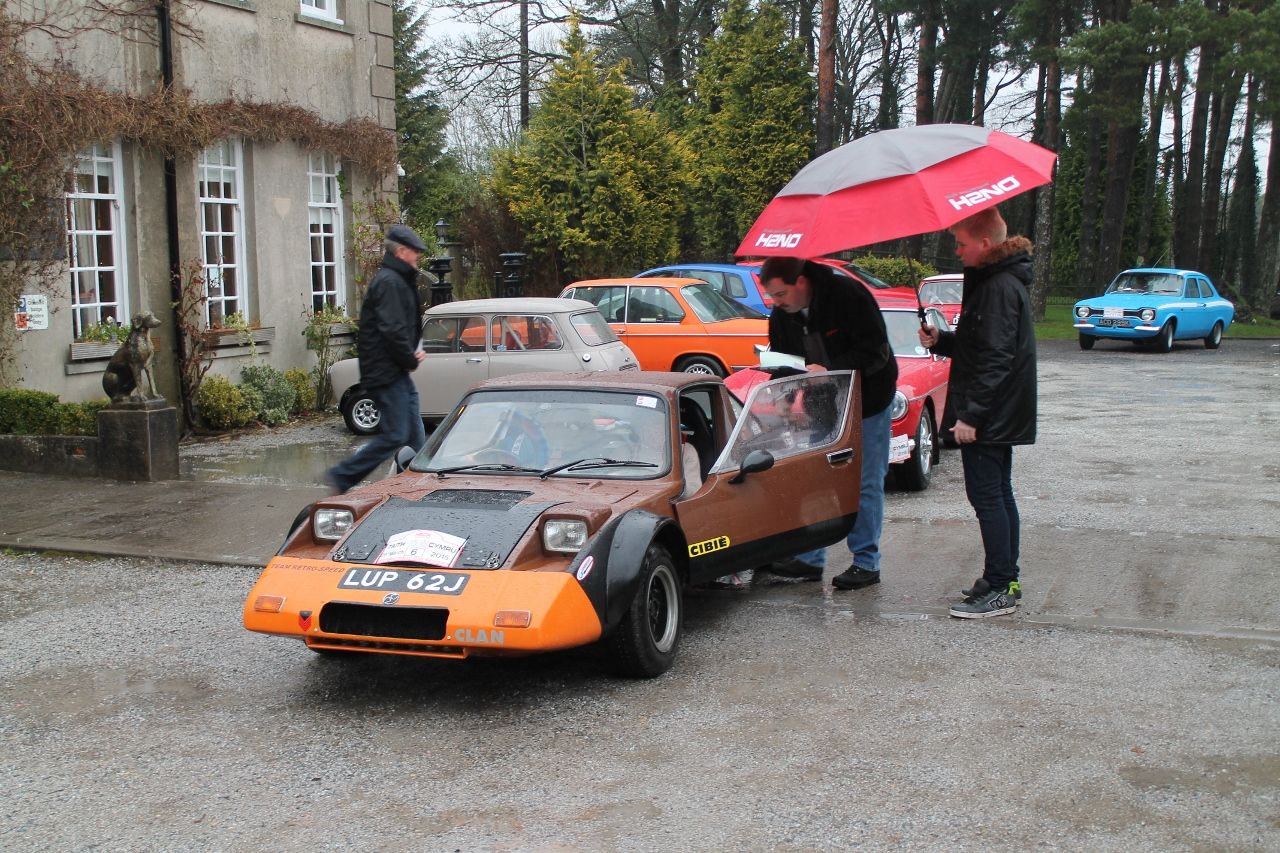 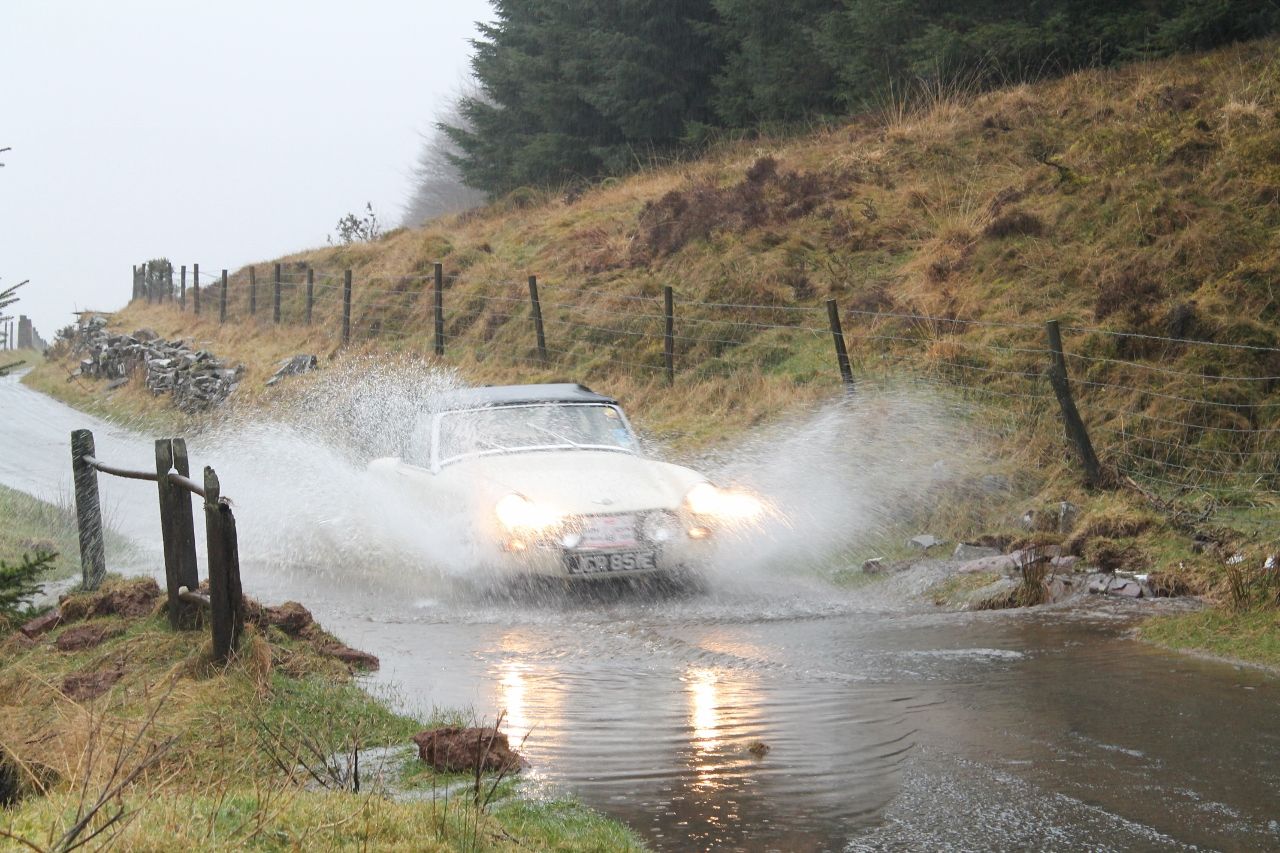 Brecon Motor Club has worked with regular rally plate supplier Speed Sport Design to come up with a new event plate for the Black Mountains Classic Tour. I'm sure you'll agree that it looks great. We will be looking for helpers on the event which starts from Gwernyfed Rugby Club in Talgarth on Sunday June 28th. If you have a classic or interesting car why not have a go? See the Classics page for more details. 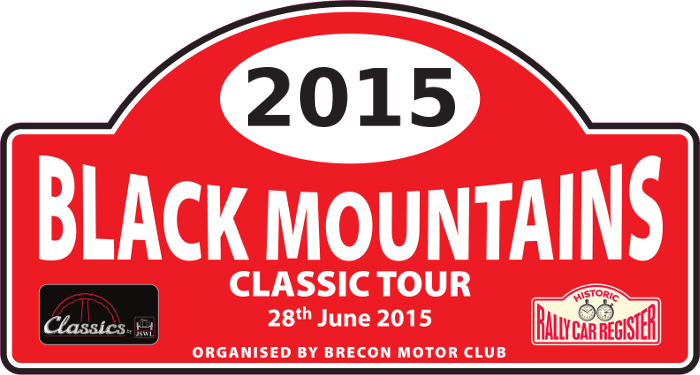 Suspension talk at next meeting

Brecon Motor Club will be hosting Simon Rogers from Meteor Motorsport at the next club meeting on Wednesday April 1st. Many of you will have been in close proximity with Simon without knowing it over the last few years as he has competed regularly at the Epynt hillclimbs and is now the proud owner of the overall hill record. The talk will be about suspension set up and there will be a question and answer session in case you would like some set up information.