Brecon Motor Club crews faired very well on the whole on the Manx Rally, the event was split into two for points scoring and for the overall title Jason Pritchard finished both days with a good haul of points eventually finishing the historic rally in 4th place overall.

Bob Gibbons' crossflow powered Cortina had the legs on Malcolm Rich's pre crossflow powered Anglia but in the first half Bob picked up two jump start penalties which dropped him and son Dale behind. On Saturday Bob avoided any issues like that to pull away but both crews still finished behind the powerful Porsche's of Dessie Nutt and Rikki Proffitt.

All photos below by kind permission of Paul Lawrence 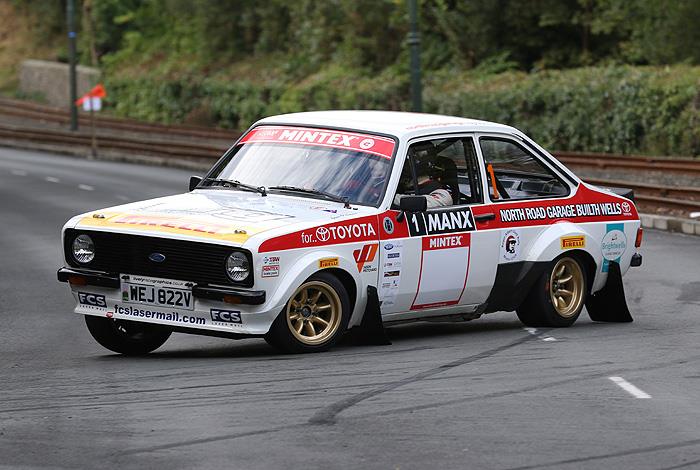 Above: Pritchard on a charge 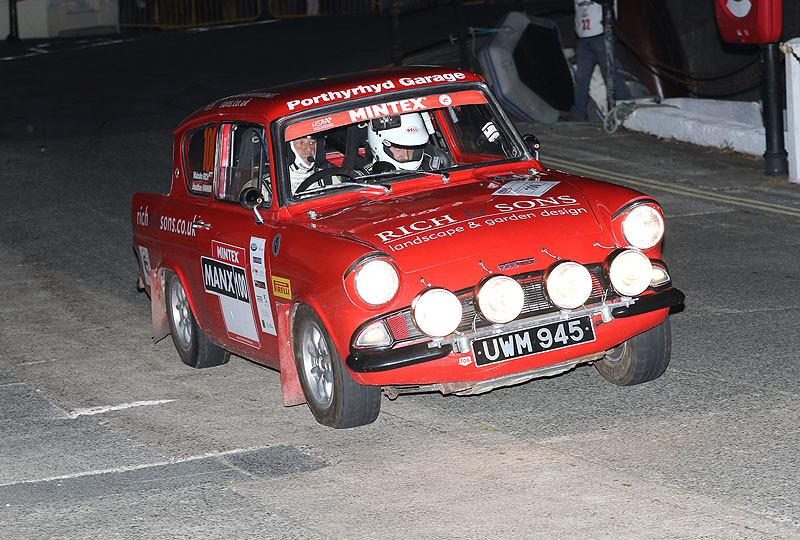 Above: Rich & Hawkins wringing everything out of the serious faced Anglia 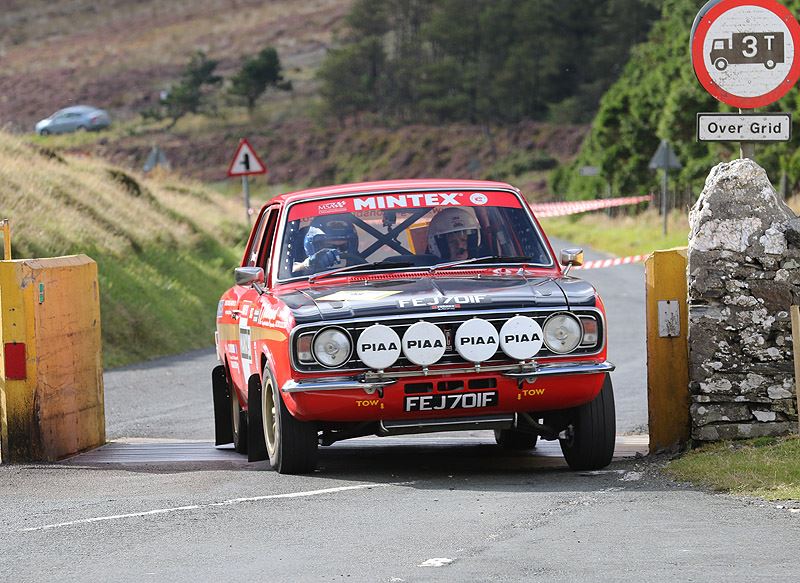 Above: Gibbons, Bob & Dale, on a mission in the lovely Cortina

Sara Williams goes to the desert

Local driver Sara Williams put in a speculative bid to drive in a desert rally and has been selected to trial for it in Qatar later this year. BMC wishes Sara the best of luck for the adventure. The full story can be found here: Sara's adventure

Follow the link to see the latest FMP Challenge news. The Harry Flatters Rally was a round and is included in the report Click here

Brecon Motor Club is well represented on the upcoming Manx Rally, Jason Pritchard is top seed in his historic Ford Escort looking to seal championship glory. With good Isle of Man experience behind him he should do well. The category One battle resumes between Bob & Dale Gibbons in their crossflow powered Mk2 Cortina and the pre crossflow Ford Anglia of Malcolm Rich and Jon Hawkins. With all to play for Rich and Hawkins go into the rally with the least pressure but still need to achieve a solid finish to possibly wrap the title up. There are other unknowns who could spoil the party as the more powerful category contenders have returned after dropping out of the gravel events due to the new seeding rules.

In the modern classes Dai 'Block' Jones and Glyn Price return to the island that they love and are hoping for another solid performance to back up their recent Woodpecker outing. The BMW is home built and is the epitome of a true clubman's rally car which even runs on second hand tyres! There will be some Epynt Motor Club members there to keep them company as Llanigon's Graham Davies takes his BMW Compact along and Sam Davies fields his rapid Vauxhall Nova.

The rally starts on Thursday 17th September with some stages in darkness and finishes on Saturday 19th September.

FILM OF THE WEEK

I might try and find an interesting link to post every week, this one is a good start! Kiwi Pug Enjoy!!