A big well done to Will Arrowsmith on a great third place overall on Carmarthen Motor Club's Autumn Rally with Paul Tod. Will's sporadic outings usually bear fruit and it was no different on this occasion. No doubt there will be an entry in for the Powys Lanes now! 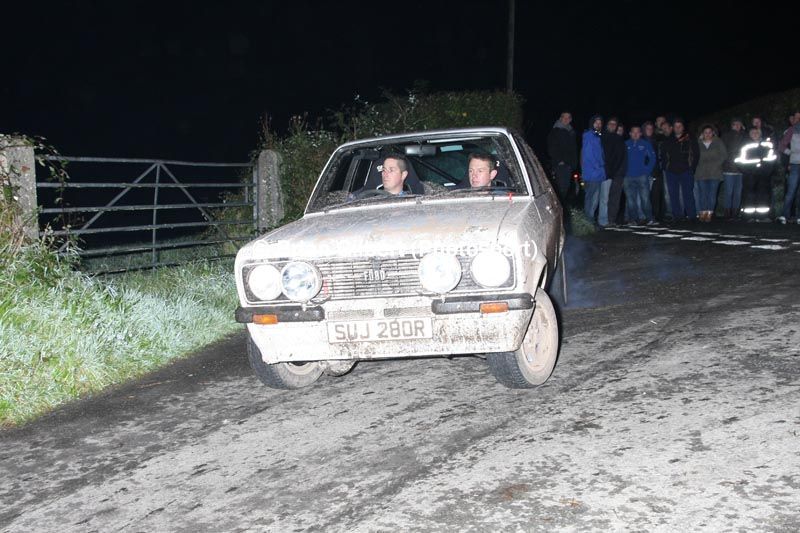 Brecon Motor Club member Jason Pritchard has achieved the double and taken a second straight British Historic Rally Championship title. Accompanied by Phil Clarke, the pair looked a poor bet after a series of mid season off road excursions and mechanical maladies. The Manx Rally put them back on track and they just needed to finish the Trackrod Rally, held in the Yorkshire forests, to win the championship. On the day a measured approach was taken where everything that was happening around them was ignored and they focused on getting to the finish line in no particular position. It evidently worked and one would guess that a hat trick might be in scope for 2017. 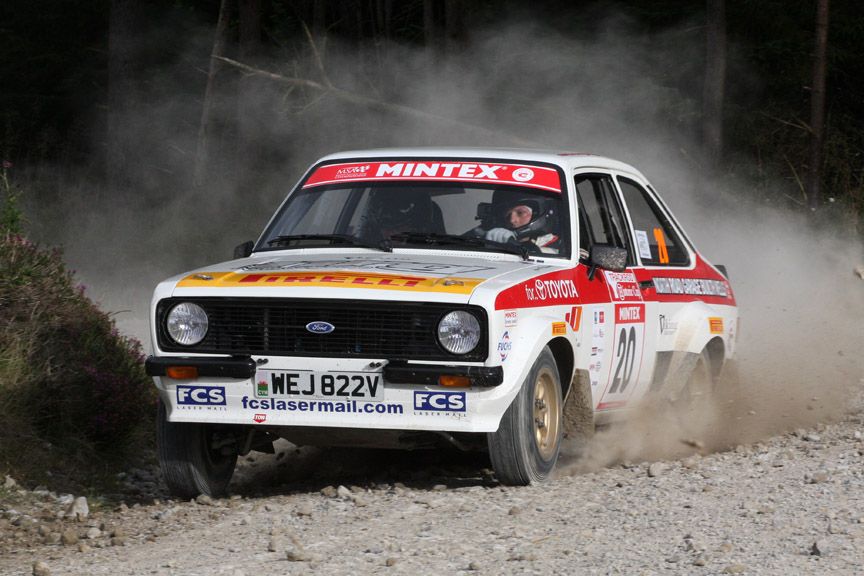 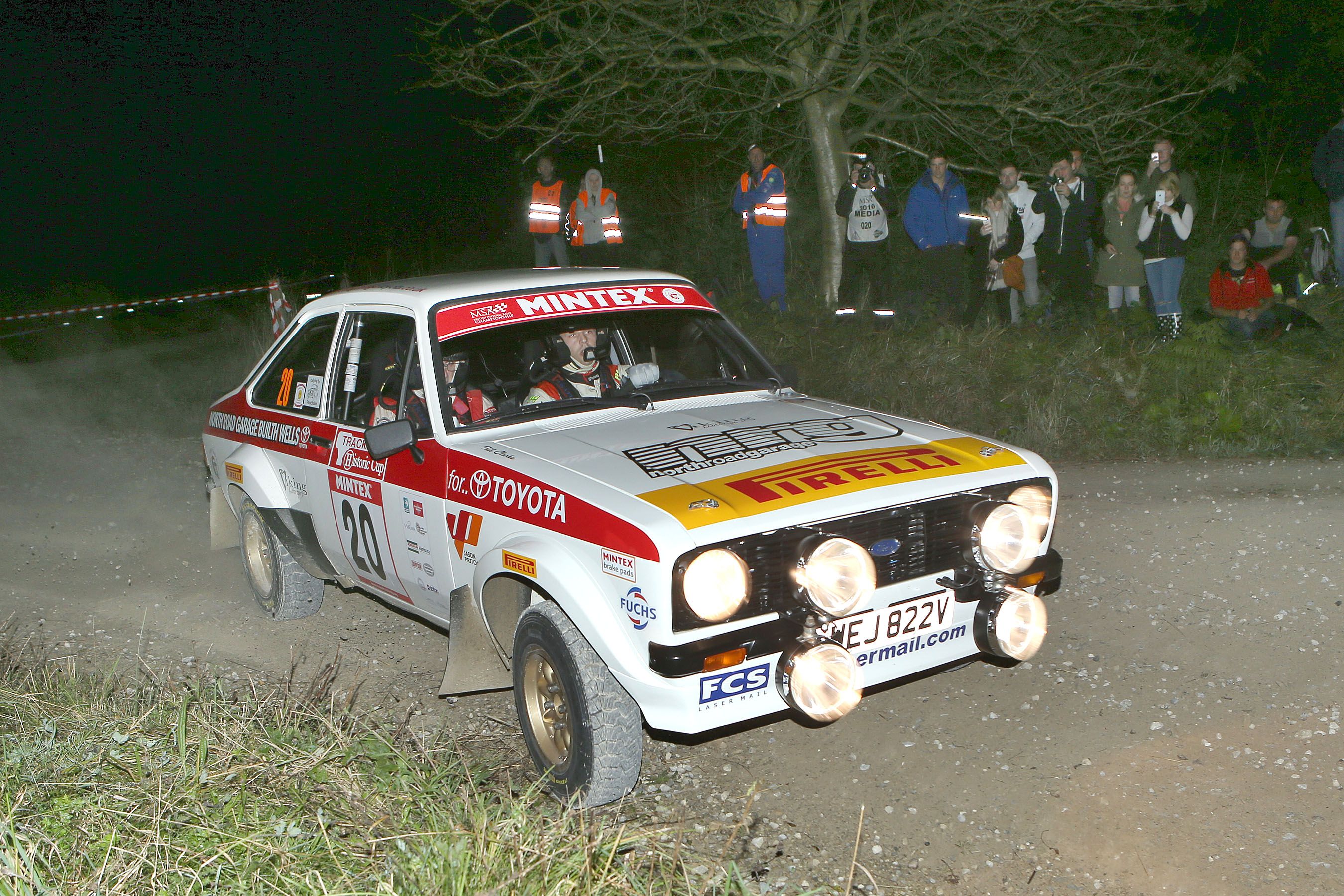 All photos courtesy of EDP Photonews

A trio of Brecon Motor Club entries enhanced the starters list of the Patriot Stages at Caerwent, there should have been one more but an injury forced withdrawal for Phil Jones and his Mini. Leading them away was Craig Jones who was looking to take maximum  points in the Jelf Mixed Surface Championship. He lies second at the moment but technically he can still win if his main rival retires from the final event (Wyedean) and he doesn't. On the day the familiar Beemer ran faultlessly and four bent rims were the only thing to report from a venue where kerb hopping is essential with 24th overall a great result. 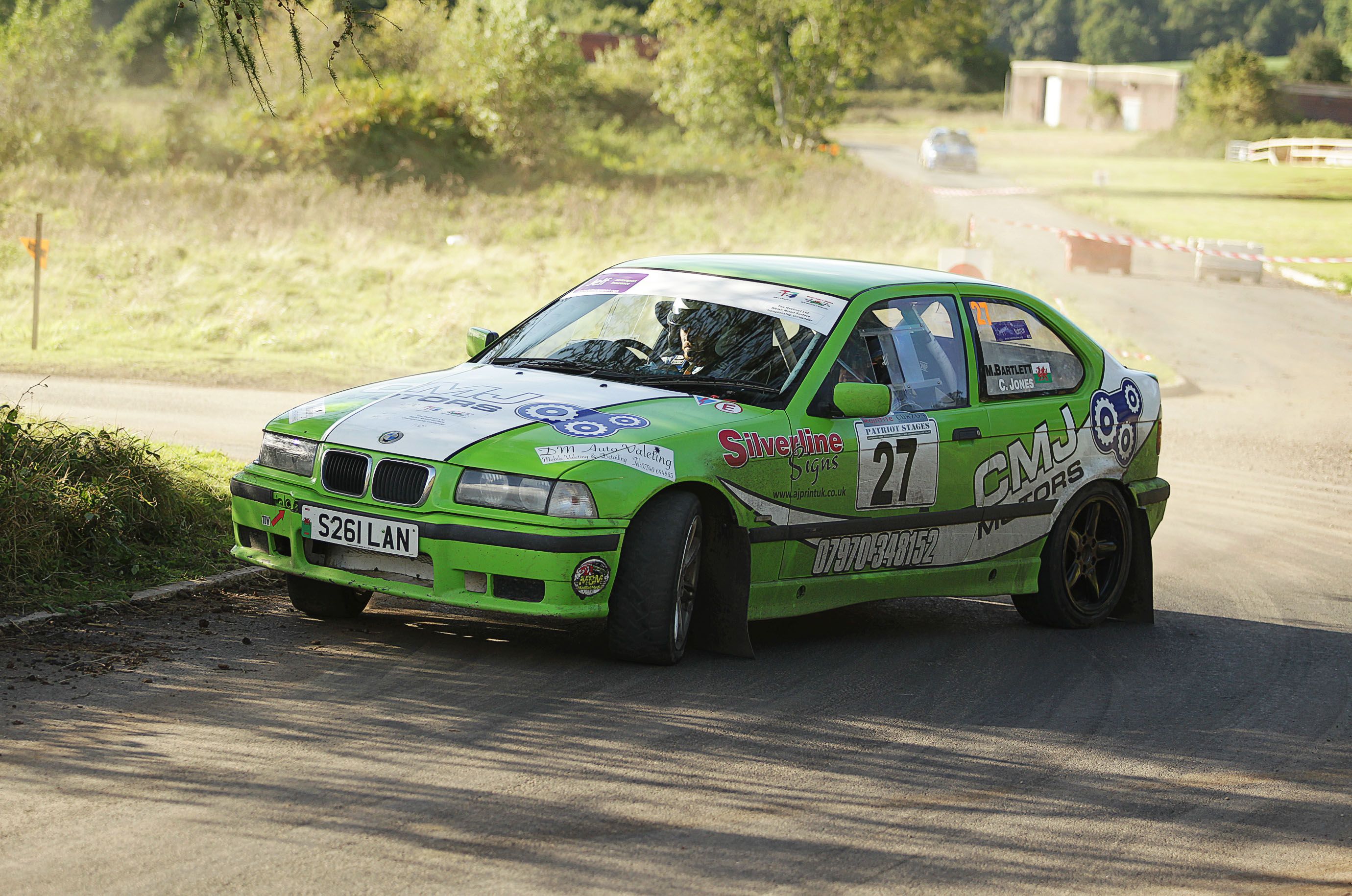 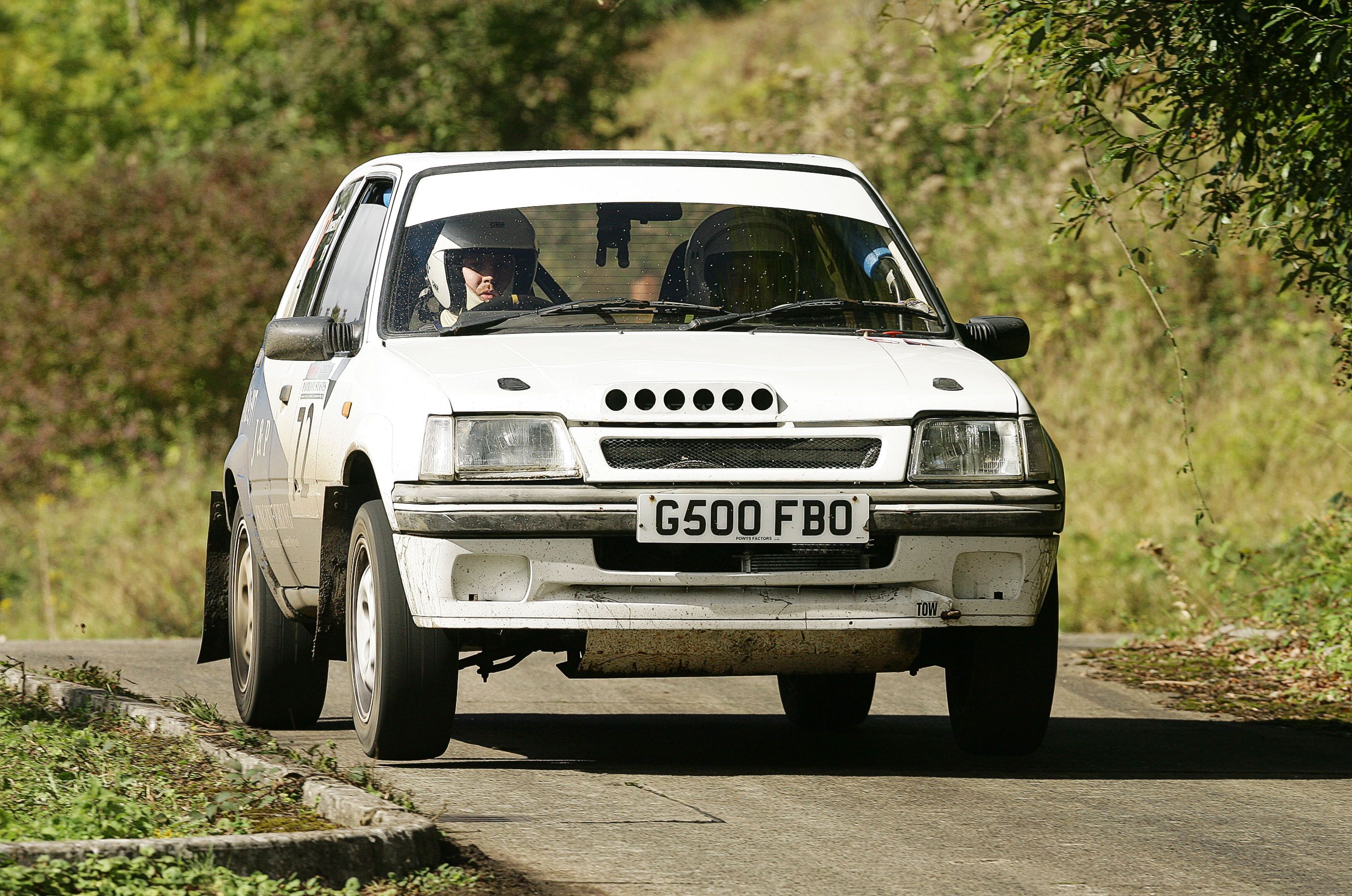 Back in harness after a lengthy break were Mark Hatton and Allan Hatton in their newly built Renault Clio. Things went well to begin with and they were just starting to challenge Craig when the gearbox went down to two gears and it was premature retirement for the pair. The car looked lovely and with Mark's new svelte figure it can only get better! 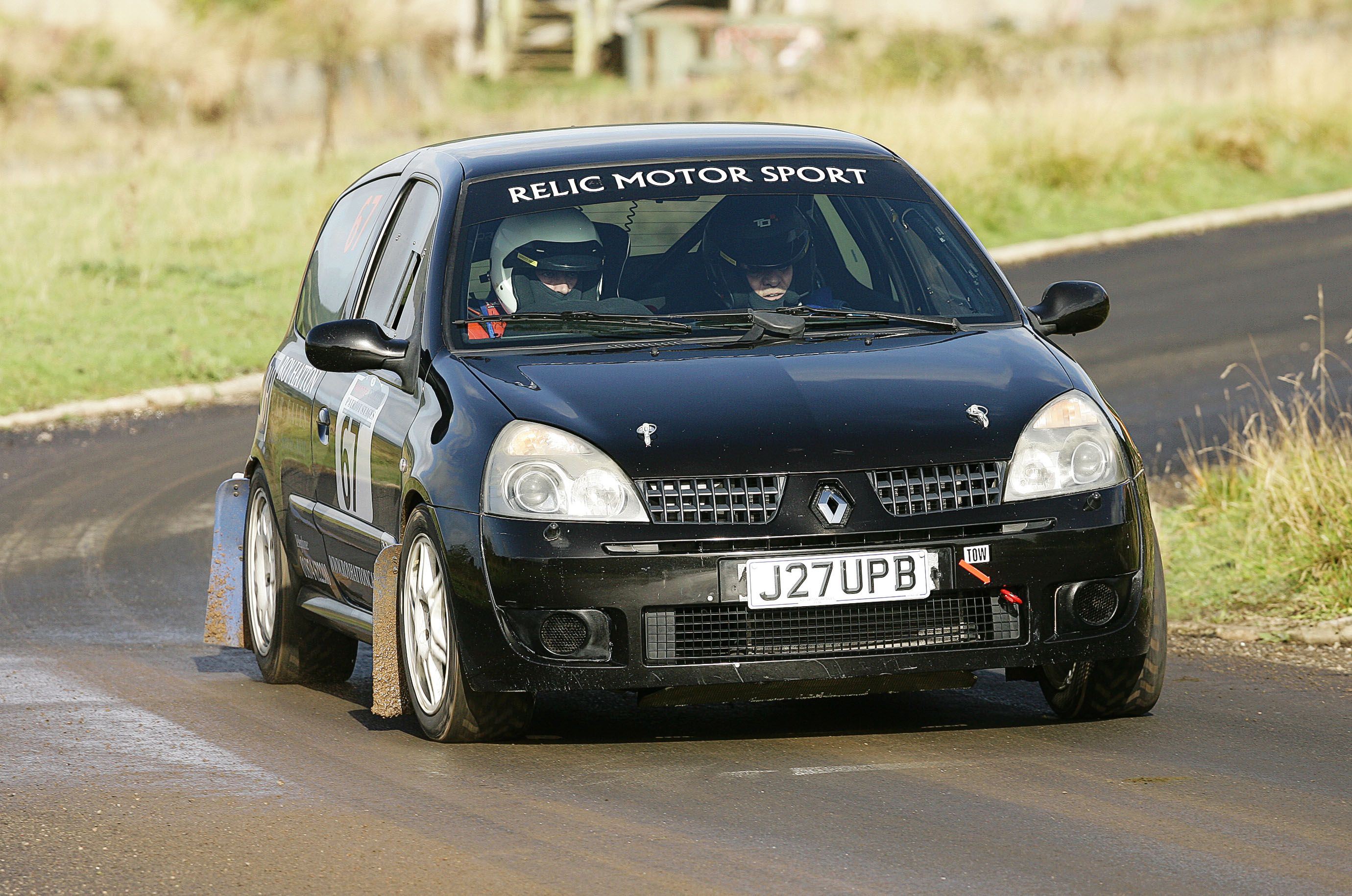 Four Brecon Motor Club crews made the journey out to the Isle of Man again this year and again it was mixed fortunes with more good news than bad. Jason Pritchard managed to get his championship aspirations well and truly back on track with a full haul of double championship points. He and the car working perfectly together after a spell of appalling luck recently. 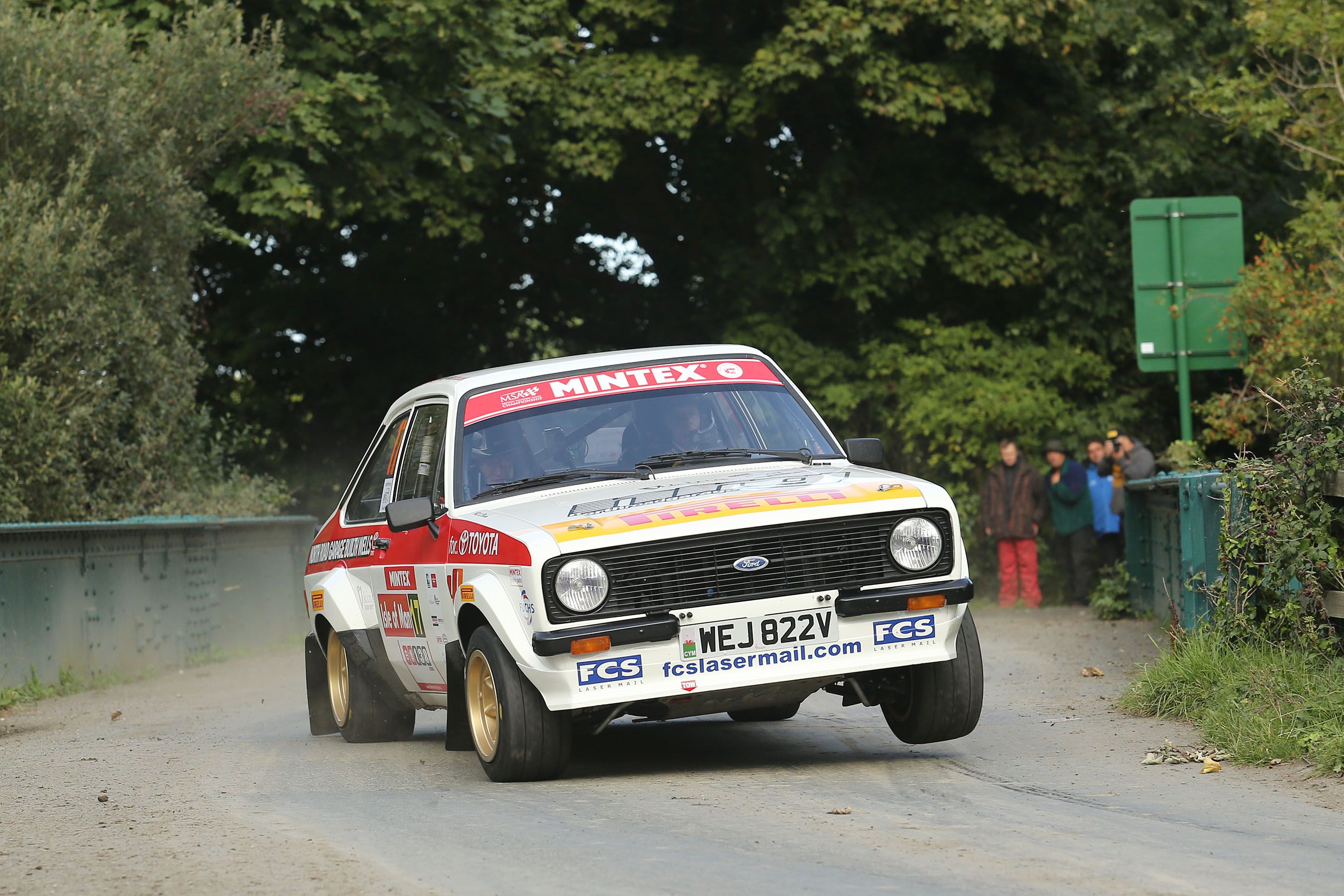 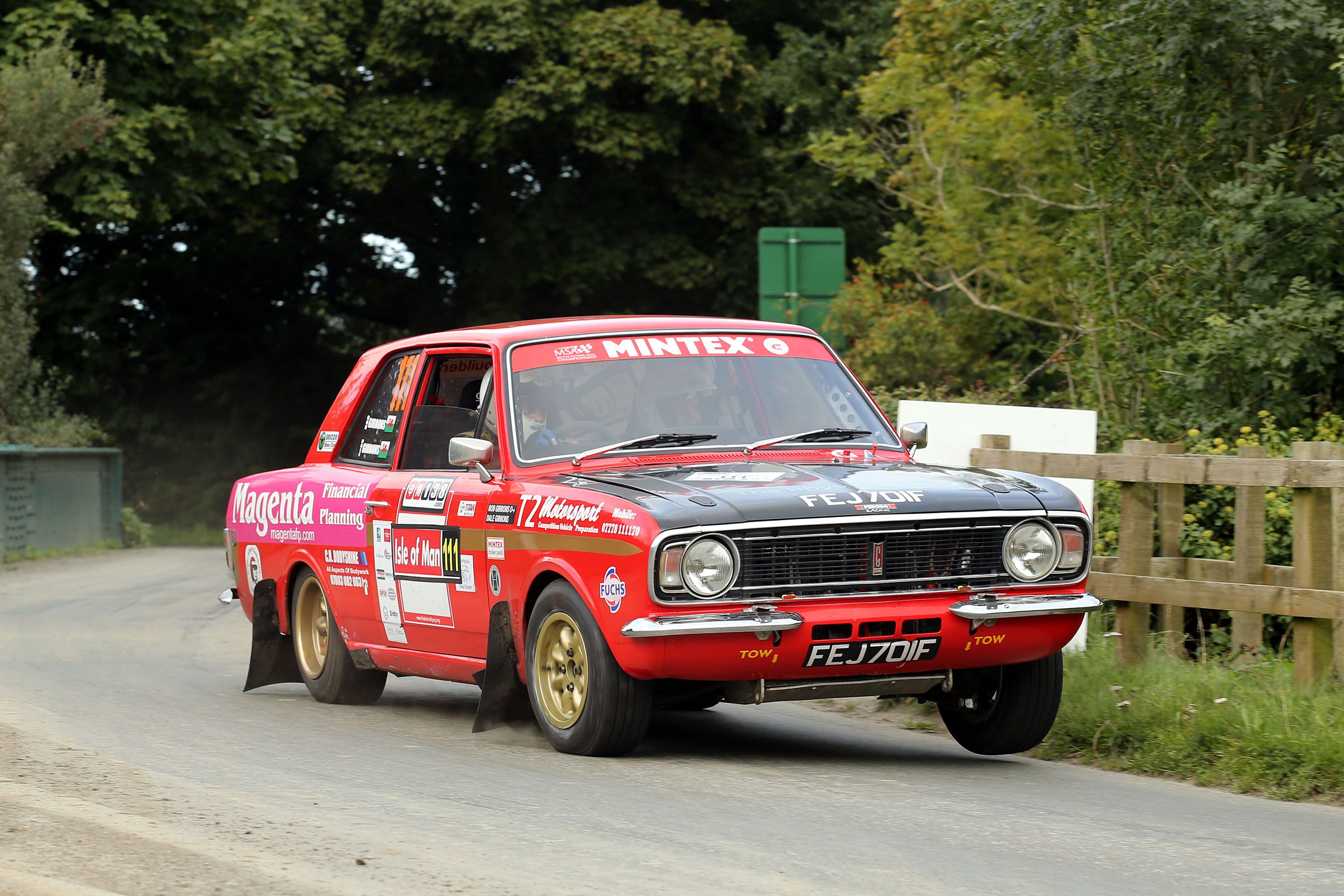 Bob and Dale Gibbons wrapped up the Category One title in their Mk2 Cortina just as Malcolm Rich and Jon Hawkins did last year in the Anglia. Malcolm was out again but in his more powerful Mk2 Escort but a broken cam belt halted proceedings on special stage five, he and Ryland James left on the sidelines as spectators for the rest of the day. 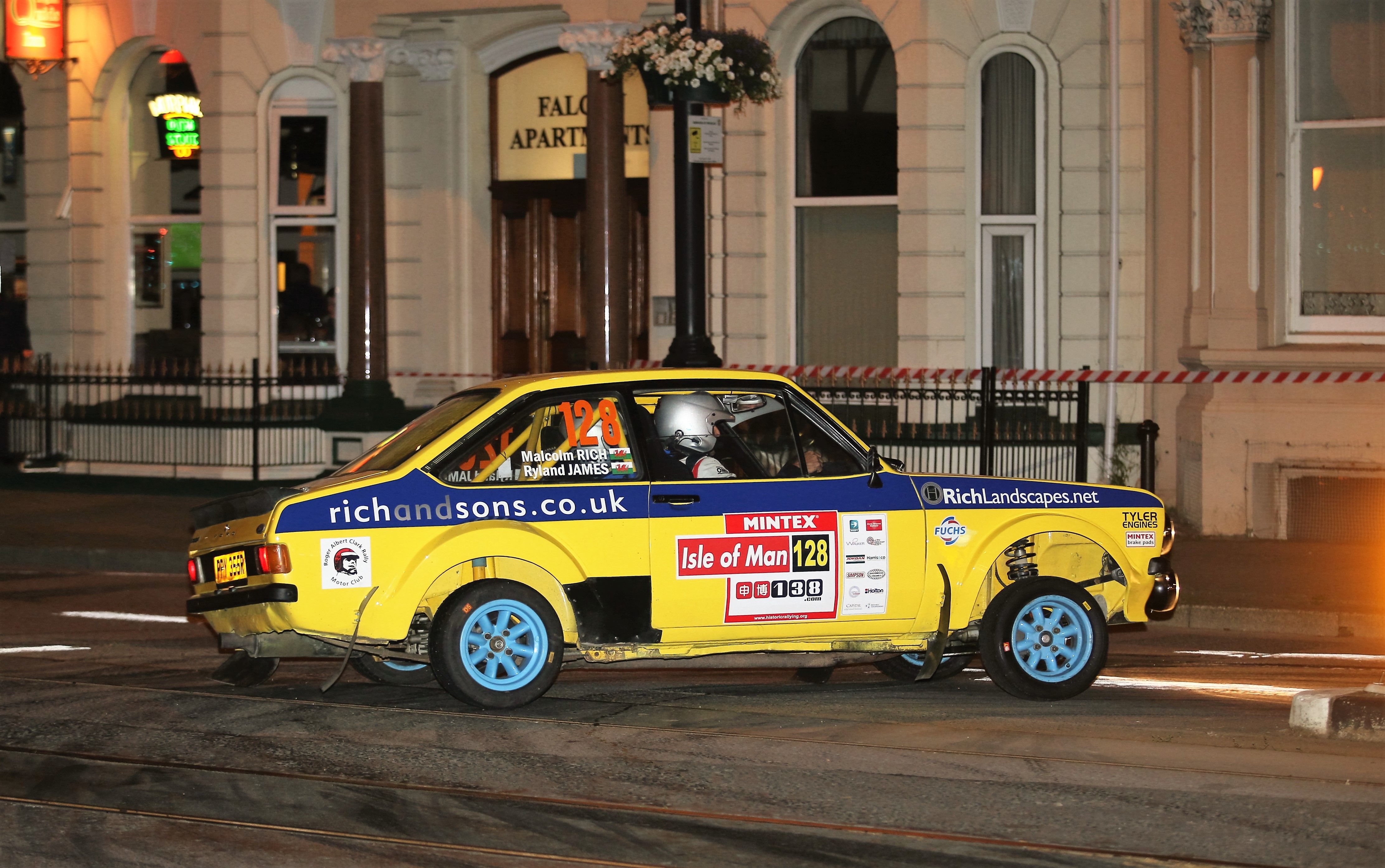 Dai Block and Glyn Price crashed out on the last stage last year but made sure of a finish this year in their well travelled BMW. 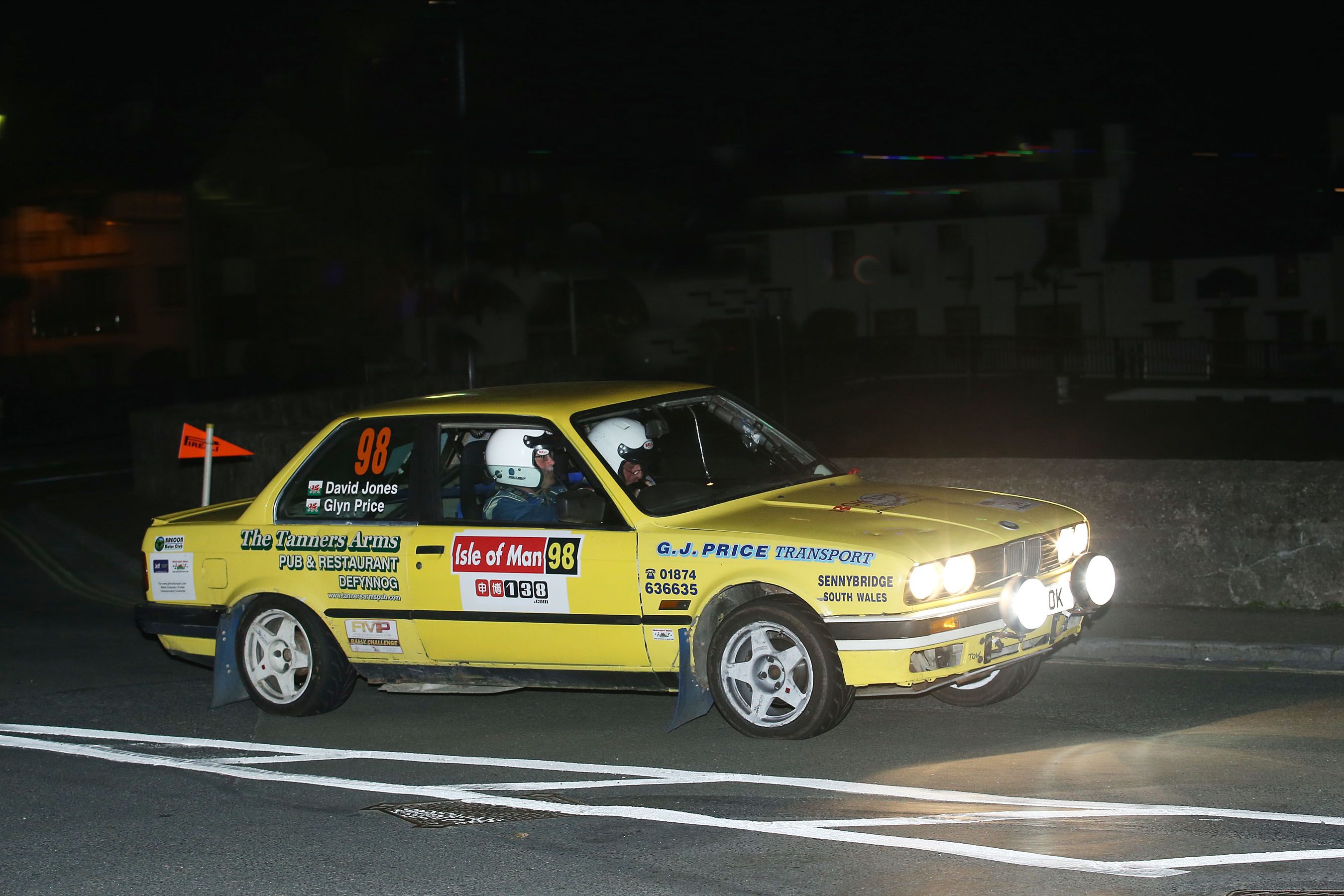 The trouble with going on holiday is that sun, surf and a pleasant glass of vino take priority for once over reporting motor club crew antics. From what I have gleaned the Red Dragon was a mud bath due to unseasonably wet weather but a few crews braved it with Jason Pritchard rediscovering his mojo to finish a close second to Nick Elliott, both in Ford Escort RS1800s.

Bob and Dale Gibbons are desperate to lift the Category One title in this years BHRC and were able to score points at their leisure as all their adversaries stayed away. Bob didn't enjoy the power sapping stages but prospects for the year are now much brighter.

Craig Jones was rapid once again in the green BMW but a number of mechanical issues caused by the rough conditions pinned him back enough to lose out to his main class competitor. Dai Block and Glyn Jones made a small error and rolled the yellow BMW very gently which put them out but the car was repaired very soon after getting it home.

The Mewla Rally was contested by Jon Hawkins who sat with Mark Jones in his rapid BMW after a late entry was placed. All was going well with a top ten result on the cards before mechanical woes intervened. James & Lisa Chappelle posted a rare retirement, the Mini taking a dislike to the long fast stages and deciding to stop braking.

The Woodpecker was the next event for Craig, Dai and Glyn with both Beemers fettled for action again. Craig was fast on stage one but a couple of off road excursions on stage two put paid to a decent result. Dai and Glyn fought on all day but they also dropped down the order at one point for an unknown reason.

The Manx and Caerwent await and there will be a record number of crews out. Three BMC crews are off to the Isle of Man and four crews will be out at Caerwent. If anyone wants to write a personal account of their adventures on these events feel free to write something and send it to Martin Leonard