A good night karting at Hereford Raceway last night, organised mainly by Wayne Palmer and a bit by me it was a lovely sunny evening with plenty of shenanigans! A number of club members were present and some guests made up the numbers nicely. Gethin Phillips was involved in an altercation under the bridge and has aching ribs to prove it! I had a great first race and actually miraculously won despite the best efforts of Christian Prynne to stop me! Next race I was punted onto the inside of the hairpin and finished last, similar situation in the next race and finished with second in the B final to young Joseph Palmer who weighs a bit less than me!

Other performances of note or otherwise! Josh Jones took fastest lap on the night, Wayne Plamer won the A final, Jonathan Davies and Tom Davies were victims of some incidents and accidents, Craig Jones didn't shine, probably getting too heavy! Mark Hatton put in some nice drives but not sure exactly how he did so any updates would be appreciated! Dale Gibbons had a bit of a 'mare but finished second in one race from the back of the grid.

There are plans for an inter club endurance race next year so watch this space.

Well, yet  another successful Classic Car Show and all made possible with support from the Brecon & Radnor Express and the efforts beforehand of Mark Weller, Andrew Powell and Sandie Wickens. The set up was completed by hard working Brecon Motor Club members under the watchful eye of chief stewards Geoff Lyons and Gwyneth Williams, soon to be Lyons.  The Brill clan and Dave McIntyre were also key to success along with Phil Arnold, David Thomas, Martin Leonard and club chairman Chris Phillips. Aaron Arnold was about too and captured some great moments with his camera. Thanks also to RST and Gwernyfed Rugby Club for their assistance with stewarding and car parking. Last but not least thanks must go to the Sweeney family for making the venue available. Apologies if anyone has been left out, it's not personal! 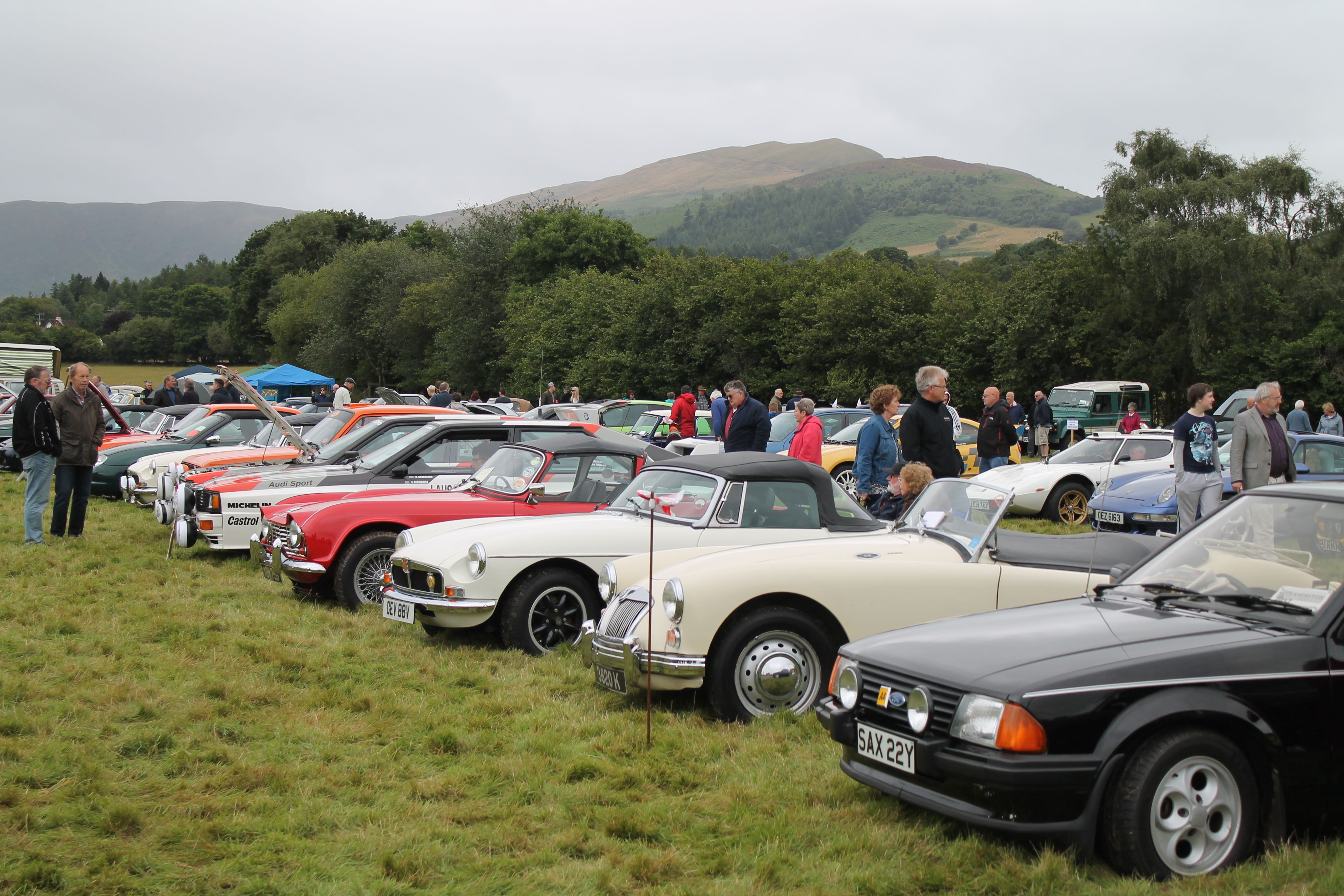 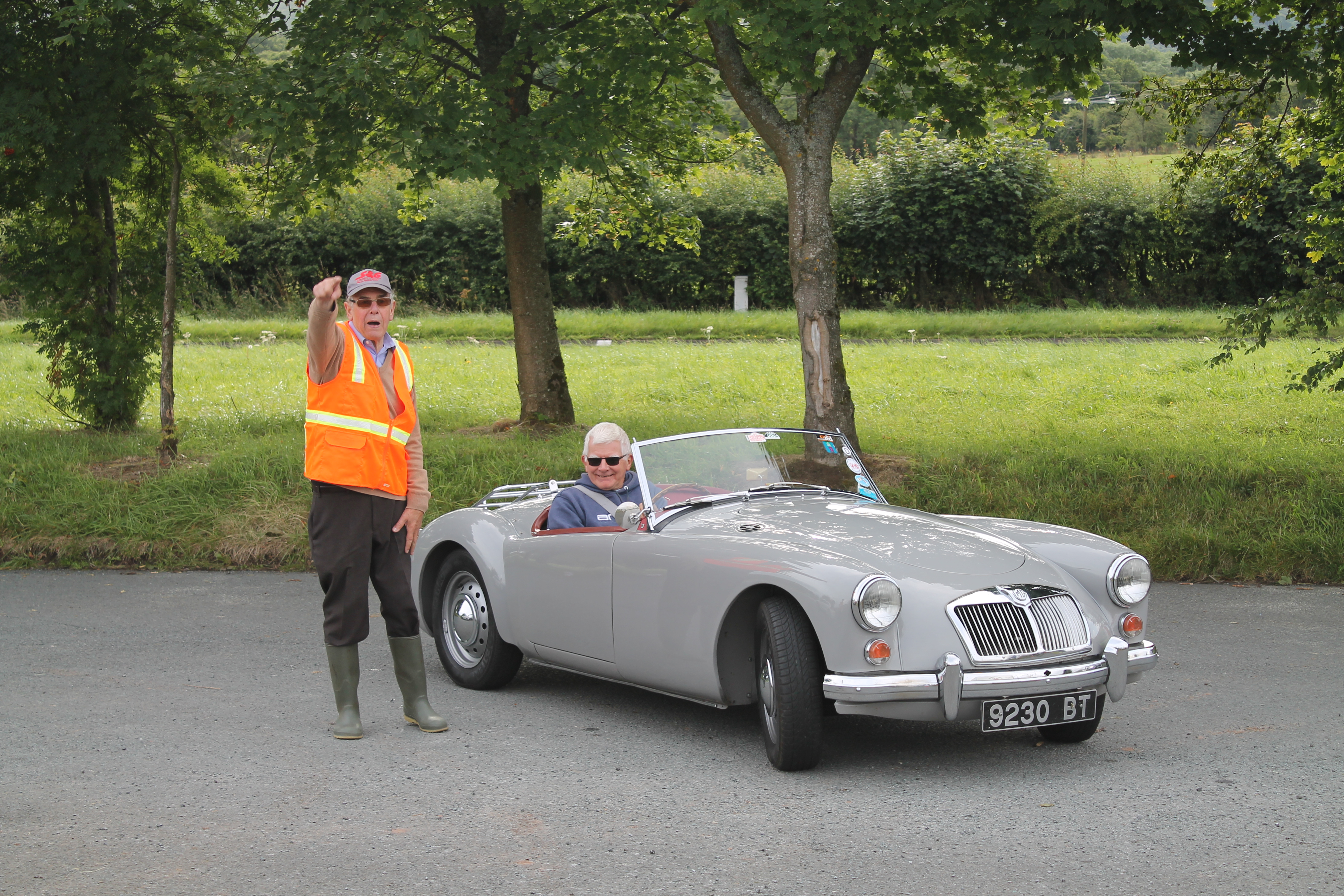 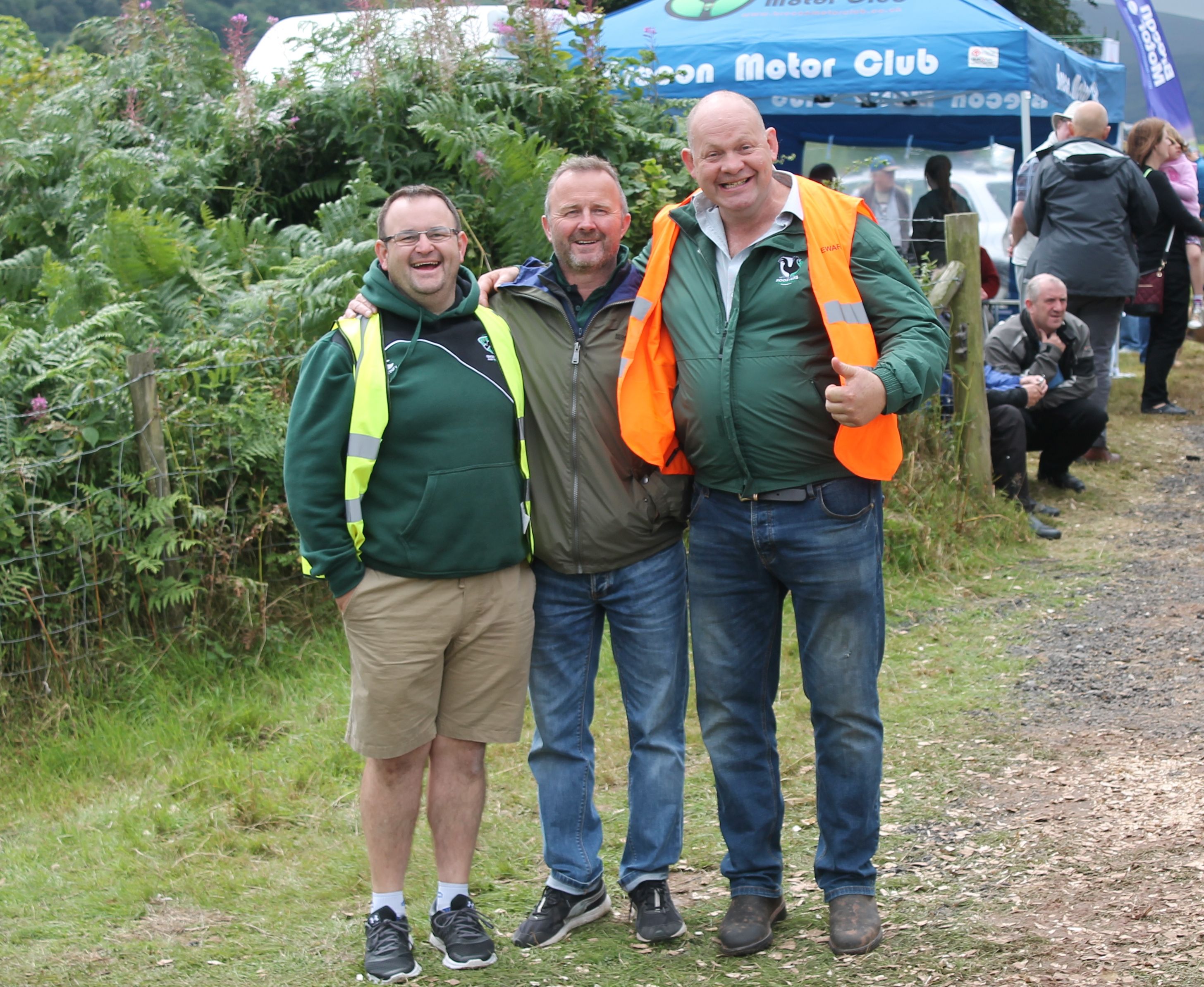 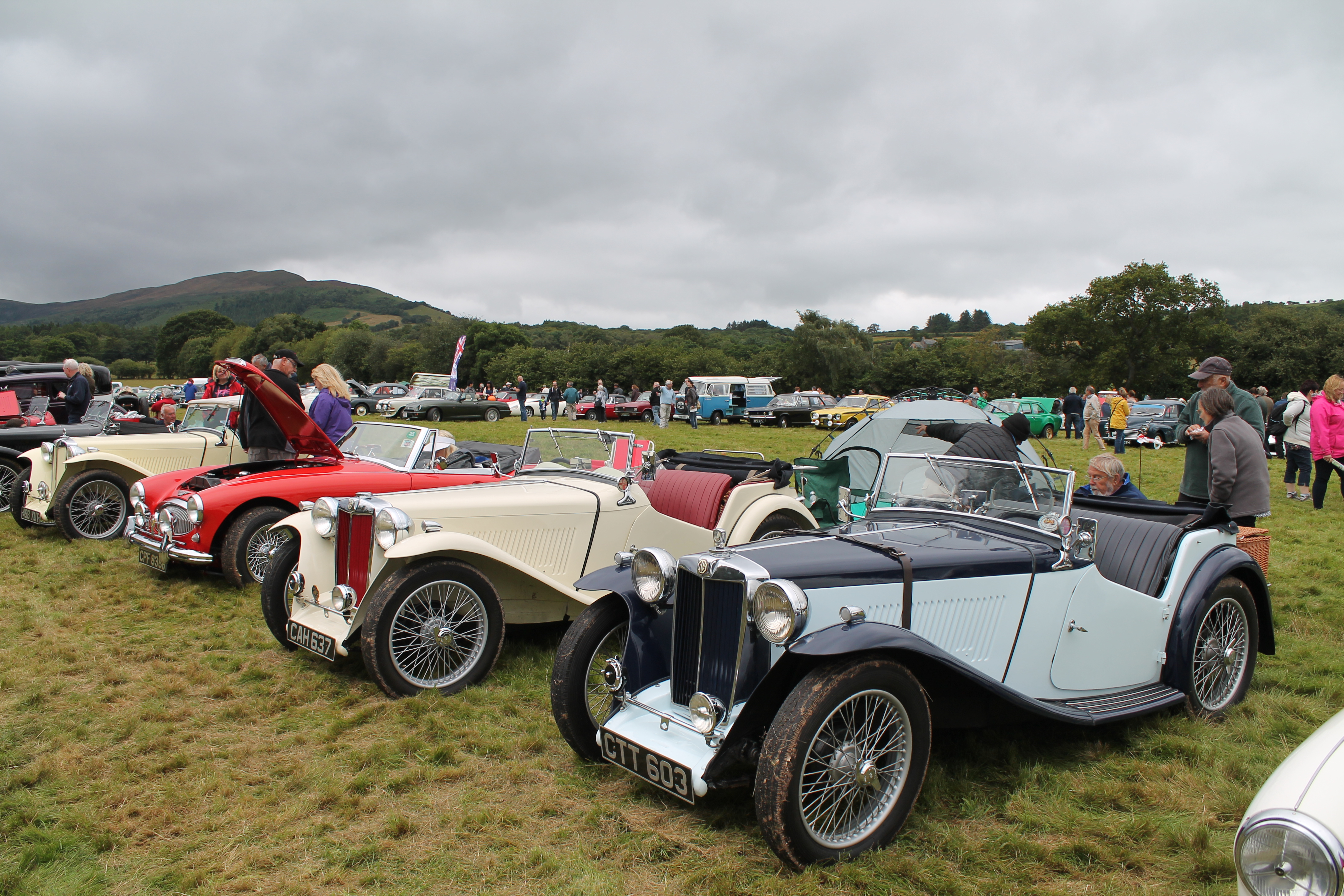 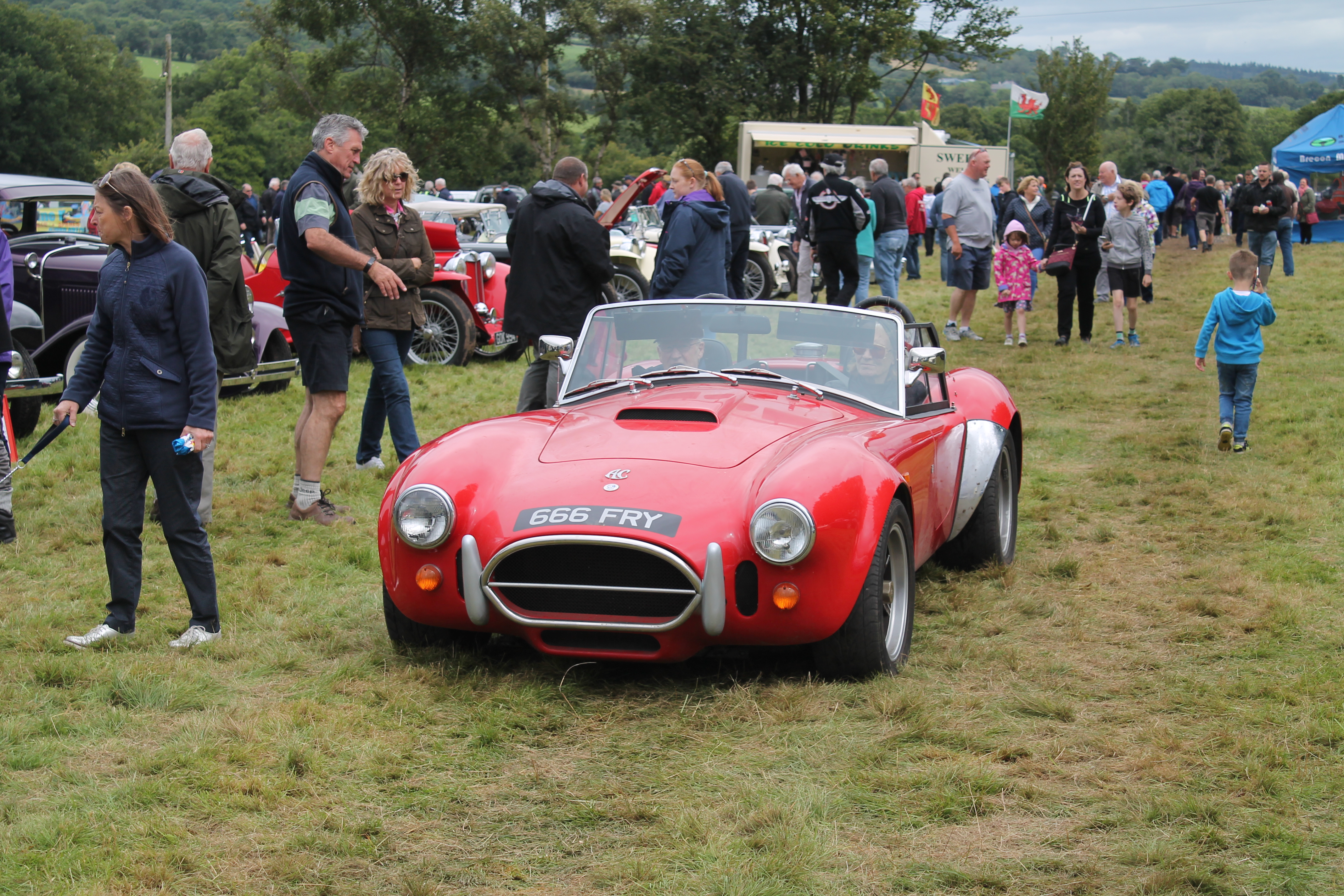 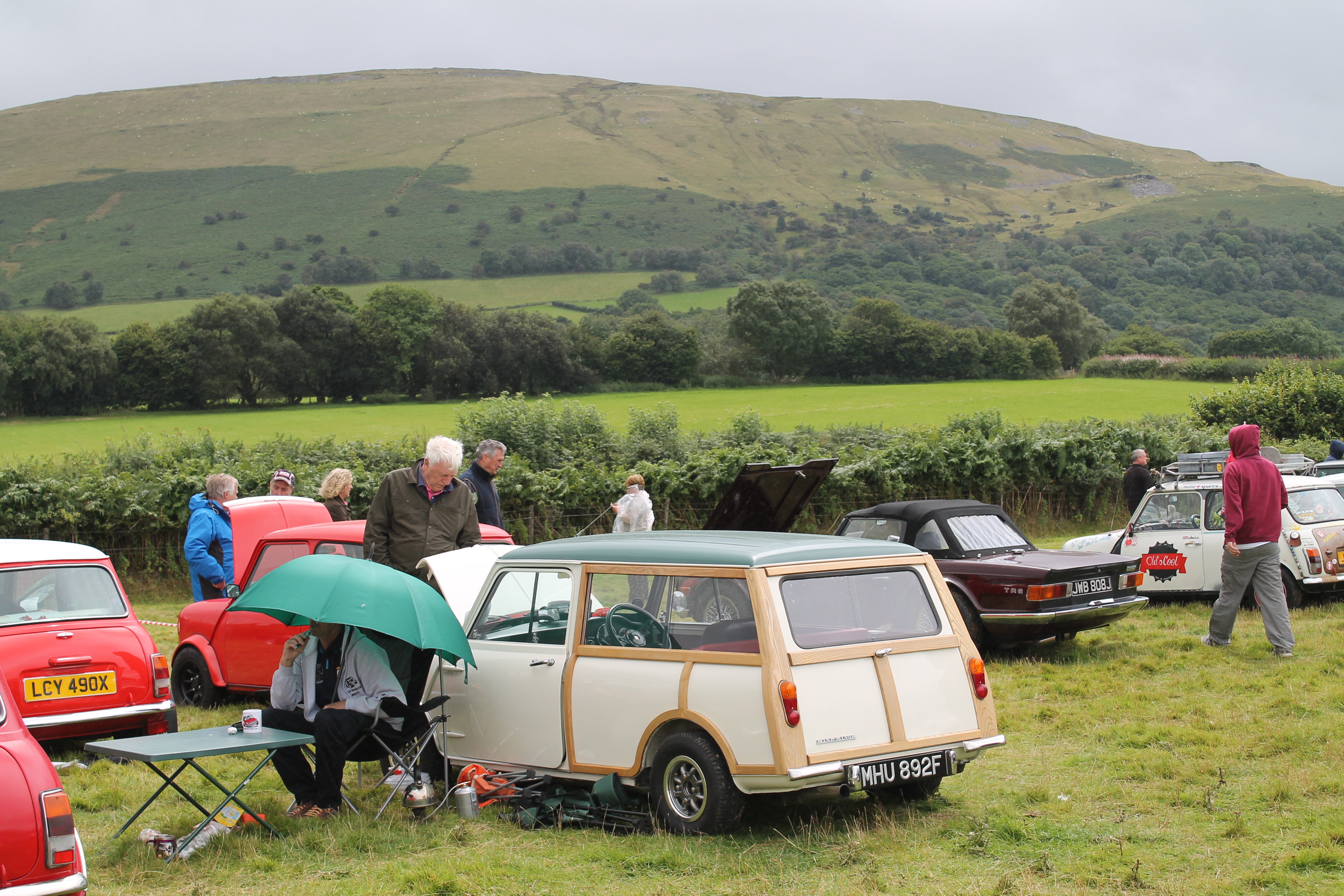 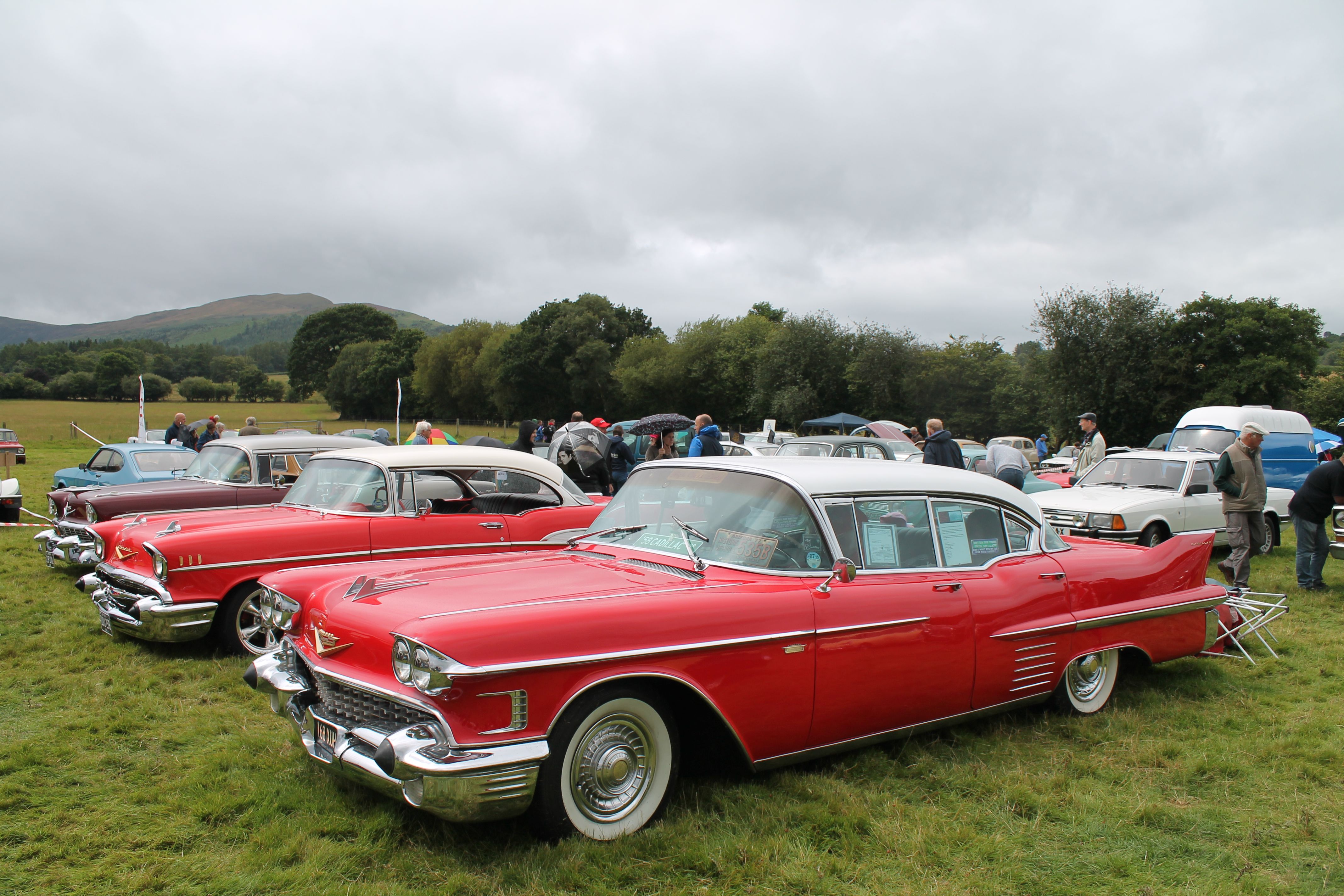 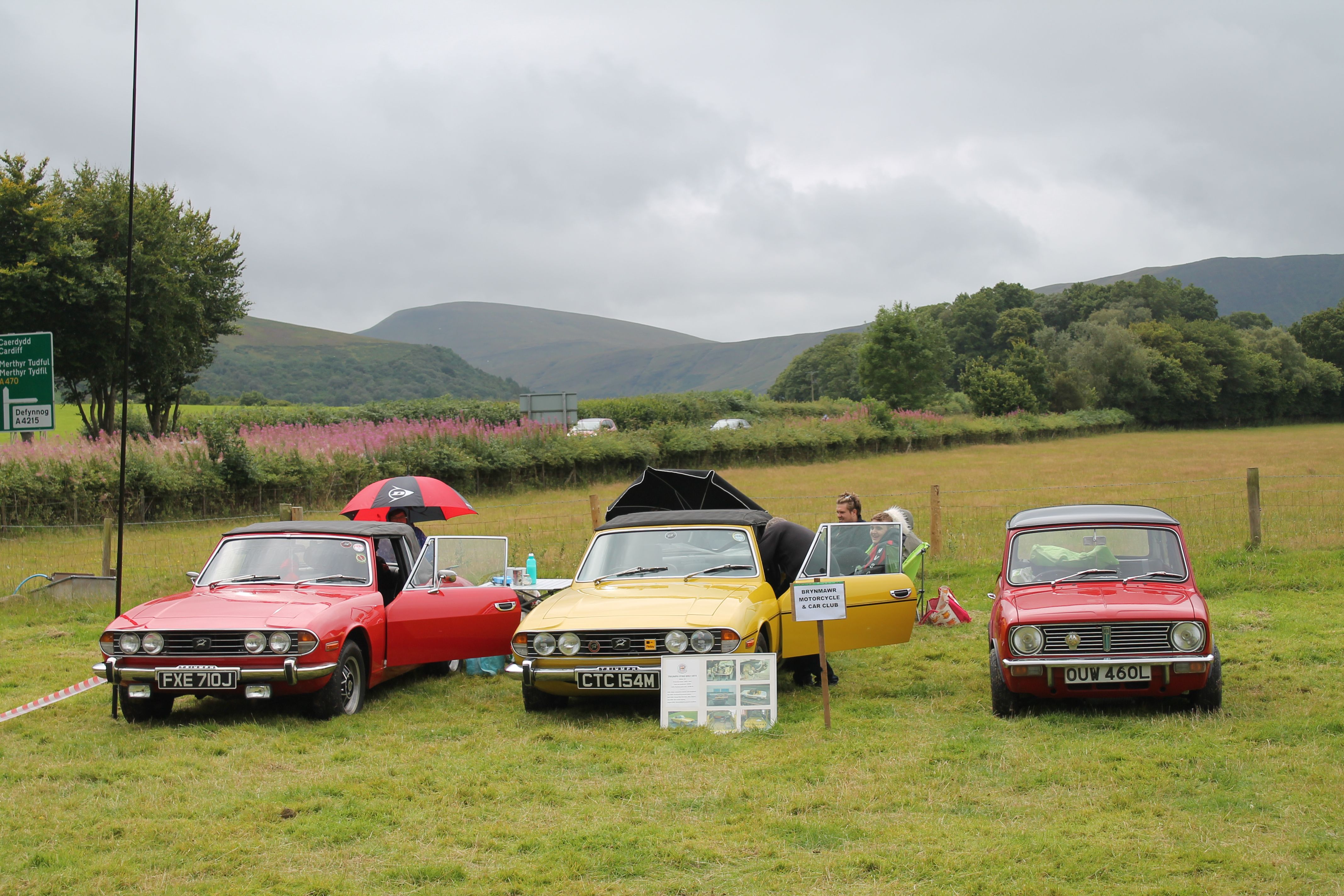 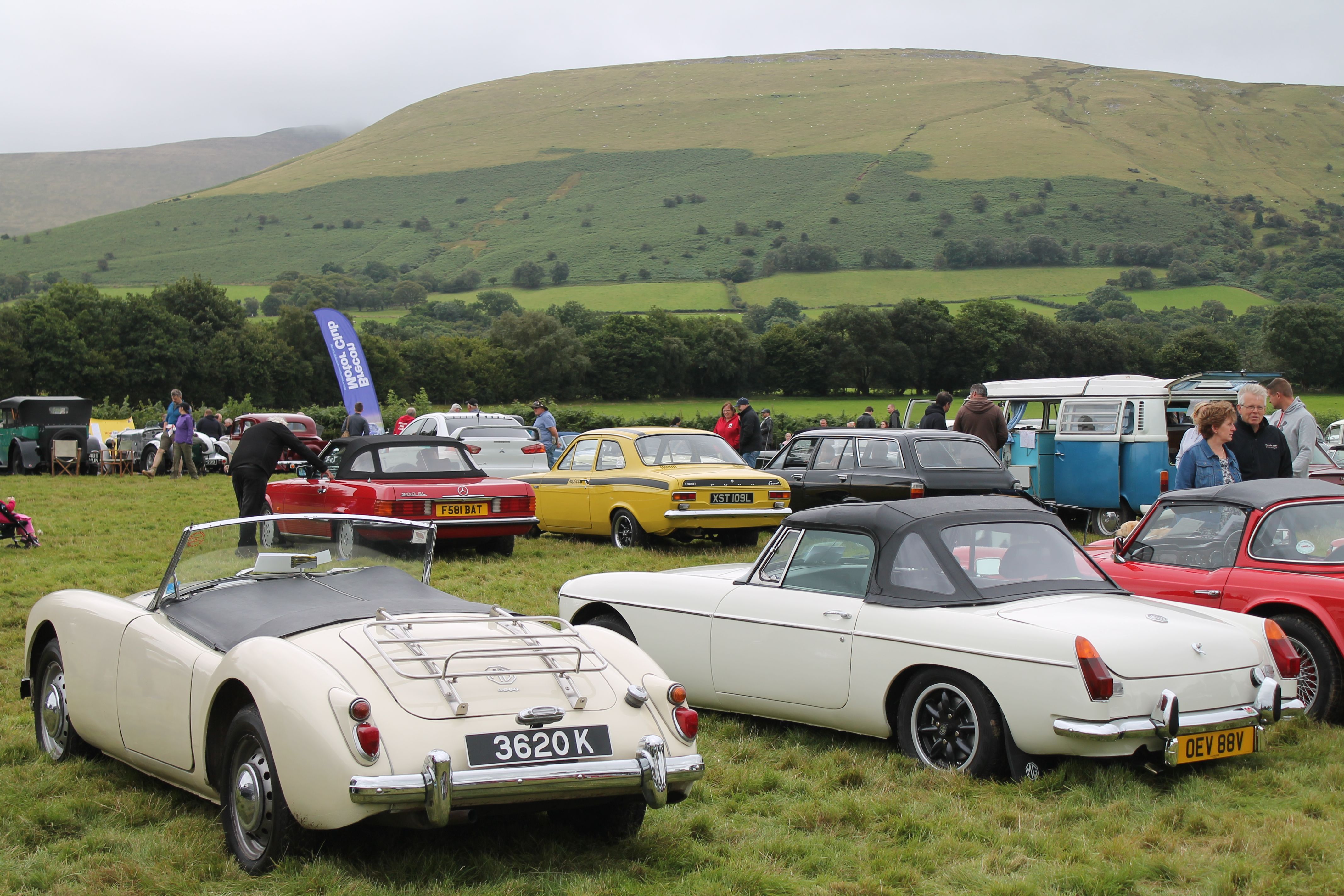 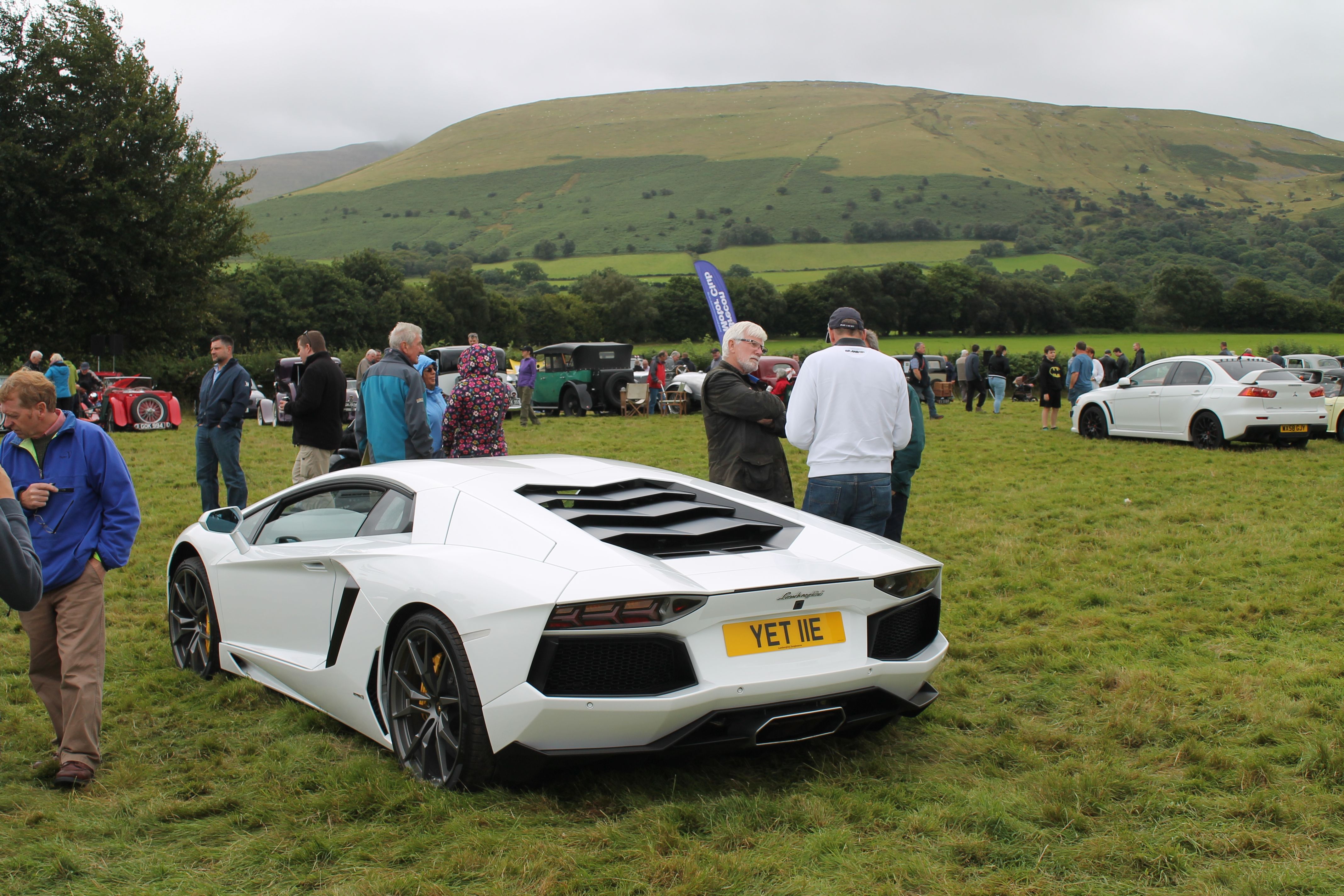 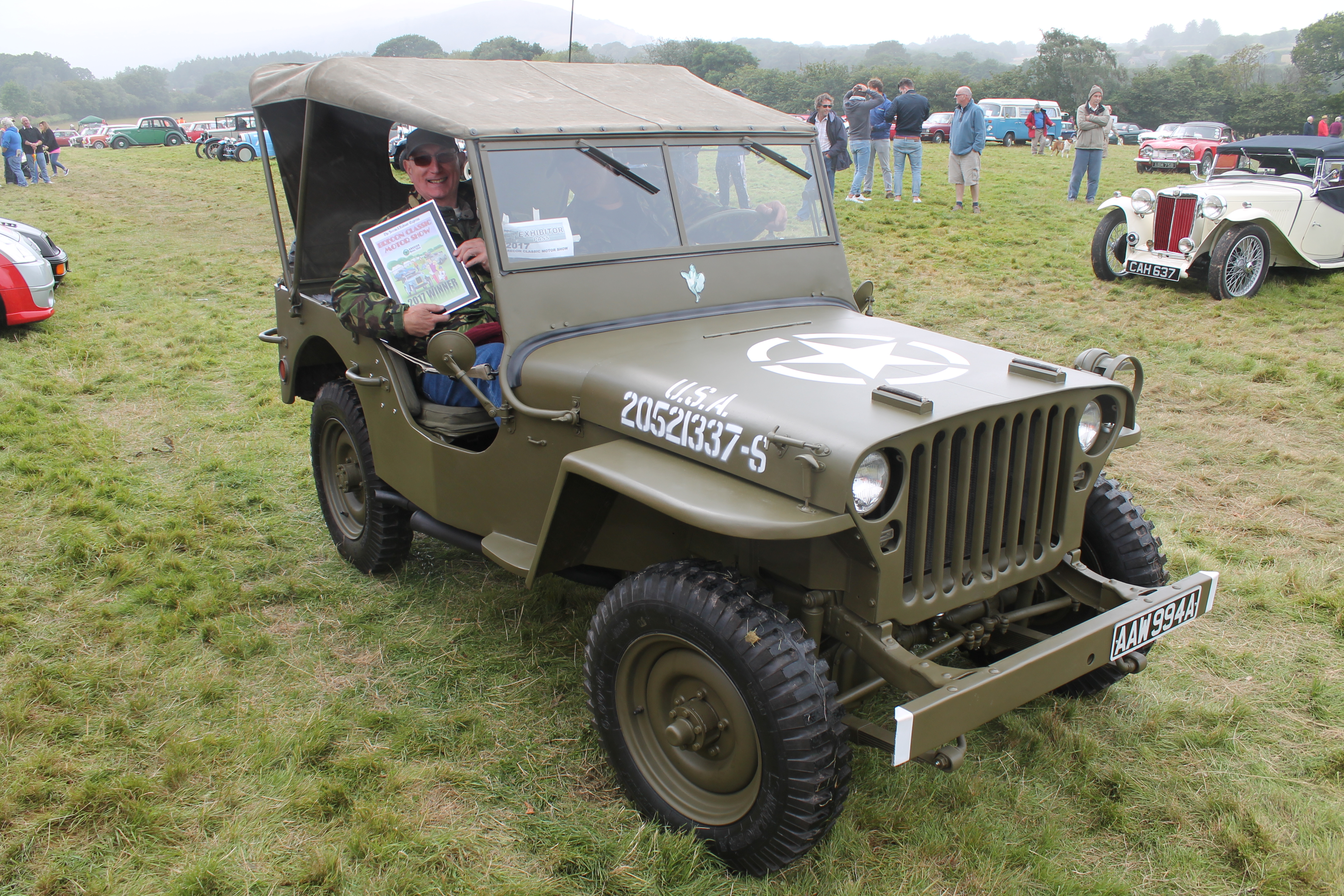 Ok, 2017 Flatters. Many thanks to all who helped in any way at all. It is always a difficult event to put together in many ways and this year was not any easier with the implementation of even more MSA directives. Before the event the club did a brilliant job with individual performances from Chris Phillips, James Chappelle, David Thomas, Nigel Chappelle, Bob Long being of note. Dave Mac was a diamond again and looked after the threshold signage and and service area and the Brill clan and the Lewis twins did a simply marvellous job of stripping down and clearing the ranges after Pete Henness and his merry men (Cedric & Phil) spread stuff everywhere! It was very nicely spread mind and kept the MSA Safety Delegate happy! Geoff and Gwyneth were outstanding again and work tirelessly for us which is much appreciated.

I am bound to leave someone out but I also have to thank Jason Murphy for deputising so well and putting the safety manual together, Mark Weller for spec car and delegate driving, John Tomley for just doing what he has to with ease. Mustn't forget Lisa Chappelle for keeping James on the straight and narrow although next year she might be looking to improve her seeding instead of officiating! Oh, and thanks to Wayne Palmer for delivering the chicane tyres and Steve Jennings for looking after them all day on the rally.

Last but not least thanks go to all the marshals that turned out, even previous winner Mark Straker did a stint at scrutineering setting a good example to other drivers! As some will know I plan to step back for 2018 after 32 years of involvement and will not be available for the rally weekend next year. I will be able to dispense advice and it would be good to see someone step up to the mark to put it all together. Planning starts now and I did the first bit today by booking the 2018 range dates for all the clubs events.

The year has been very busy so far for Brecon Motor and its members, the Red Kite Rally kicked things off in February and the club marshalled the finish of the Crychan stage. Any chance of getting cold soon disappeared when Dai Block and Glyn parked their BMW in a ditch close them. The resultant effort meant plenty of excercise was had and mud was evenly distributed. Please send any laundry bills to Dai.

The historic section was competitive again and Jason Pritchard opened his account in search of a hatrick of championship wins with second place to a flying Nick Elliott, both in their familiar full house Escorts. Jason suffered a little from a first stage, first corner indiscretion which possibly knocked confidence and lost a handful of seconds.

New member Mike Simpson contested his first rally for 35 years with Dale Gibbons reading the notes and Dale must have wondered what he had let himself in for when they flew off on the same bend as Jason losing a lot of time and even more when they dicovered that a tyre had also punctured. After that warning things settled down and their pretty RS2000 was a model of reliability taking them to a finish with much needed experience in the bank.

Craig Jones didn't compete but the green machine was wheeled out as 0 car. Craig has attended the MSA Safety Car Team training and did a great job for the organisers. He was asked the Thursday before the event and had to change the clutch, change the manifold and swap the suspension to be ready!

The AGM came again and we are now in possession of shiny new chairman. Chris Phillips has stepped into the role and we look forward to getting the much vaunted gazebo! Reputations are now at stake. Seriously, the club needed a boost and Chris should be ideal with his no nonsense approach. There are a number of roles still available to be filled (including secretary) so don't be afraid to speak up if you would like to help.

The Gremlin rally was ressurected at the beginning of March and sincere thanks go to Craig Jones, James Chappelle and Wayne Arrowsmith for bringing it all together. It is a massive challenge to organise an event like that and doing a day job and raising children makes it even harder. On the night it went well with Will Arrowsmith and Ceri Davies taking their third consecutive victory.

Many thanks to Brian & Tim Dennis who supported the rally once again, it is much appreciated and one of rallyings longest running sponsorship agreements. Any proceeds from the rally will be donated to Usk House Hospice, a local charity which we are proud to assist.

Lastly, the club marshalled at the service area on the Tour of Epynt and Bob & Dale Gibbons entered in their lovely Escort Mk1. Bob seems to be getting to grips with it now and dallied around the top ten until a few small issues dropped him back slightly, a great effort nevertheless.

Craig Jones has been very proactive and bothered himself to get some photographs organised for the club news page. The end of the year saw Craig take the General Manager of the Griffin Inn Felinfach, Julie Bell, to the Christmas Stages at Pembrey where she was strapped into the familiar BMW in the name of charity. Both are involved in fund raising for a soft play park in Felinfach but I suspect only one of them really enjoyed the day! 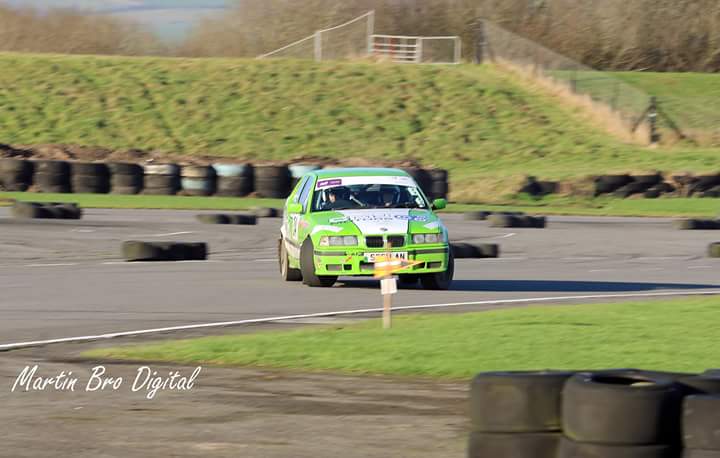 Dry January was abandonded for the WAMC annual dinner and Craig was the recipient of two awards for his excellent efforts in 2016. Below he is seen enjoying the moment.

Additionally Craig will be clerking the Gremlin Rally again in March and is working hard to get the route and everything else in place at the moment. 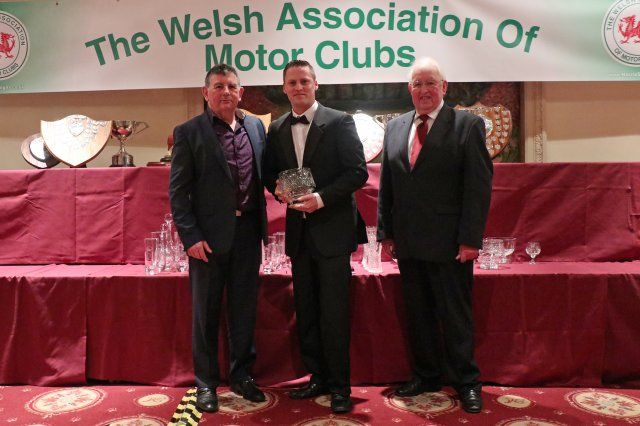 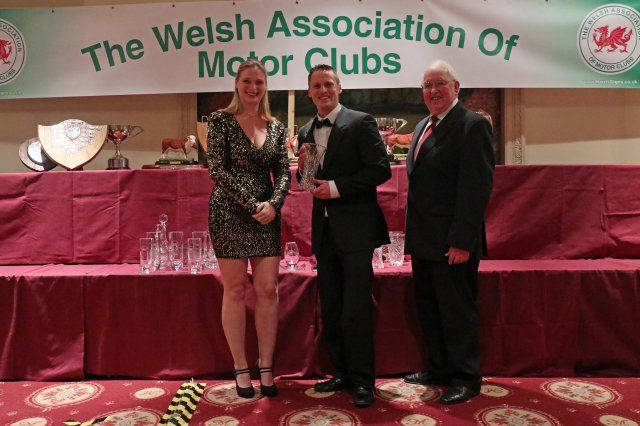